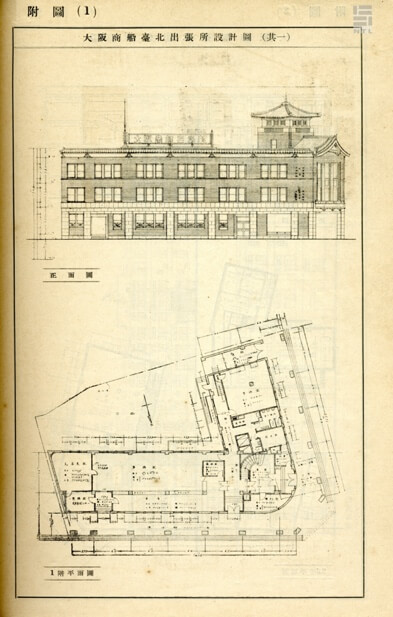 Constructed in 1937, the Osaka Shosen Kaisha (Osaka Mercantile Co., Ltd.) Taipei Branch is the only known work in Taiwan by renowned Japanese architect, Setsu WATANABE (1884-1967). The Taipei Branch is three-storeyed reinforced concrete structure. The L-shaped building has a concise modernist facade, with a traditional Eastern rooftop spired-turret at the turn. This work by architect Setsu WATANABE amalgamates Eastern and Western styles, and reflects the Japanese colonial Asian Renaissance style architecture that echoes the Japanese “Asian Revival” policies of that time.

When construction began on the Taipei Branch in 1936, Japan was on the eve of implementing a comprehensive wartime rationing effort. This building thus became the last reinforced concrete structure to be built in Taiwan during the Japanese colonial period. This rare exemplar is profound testament to a decline in the Japanese authority’s “Western historical style architecture” (see Note 1), in Taiwan.The Taipei Branch, the Taipei Post Office, Railway Department, Railway Hotel, and Taipei Station created a notable urban vista along the elegant Northern Three-Line Road (see Note 2) (Present day Zhongxiao W. Road).

Note 2: The Three-Line Roads refer to the four major roadways corresponding to the four directions of North, South, East, and West, built in Taipei during the early days of the Japanese colonial period. The roads were flanked by pedestrian footpaths, and trees lined the roads as well as the central median strip. The elegant landscaping earned Taipei the sobriquet of “Little Paris of the East.” In addition to marking the boundaries of the central Taipei area, the Three-Line Roads became the main arteries of Taipei’s current road system. 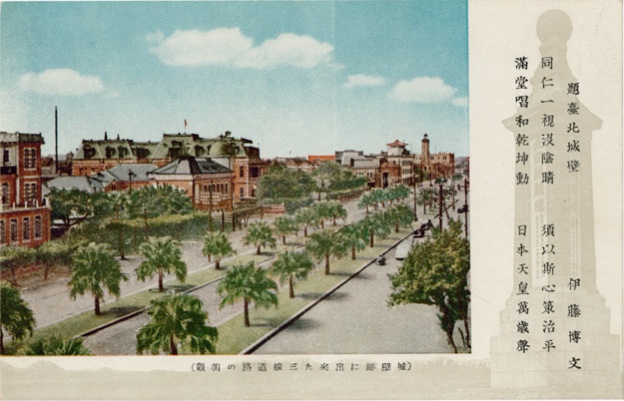 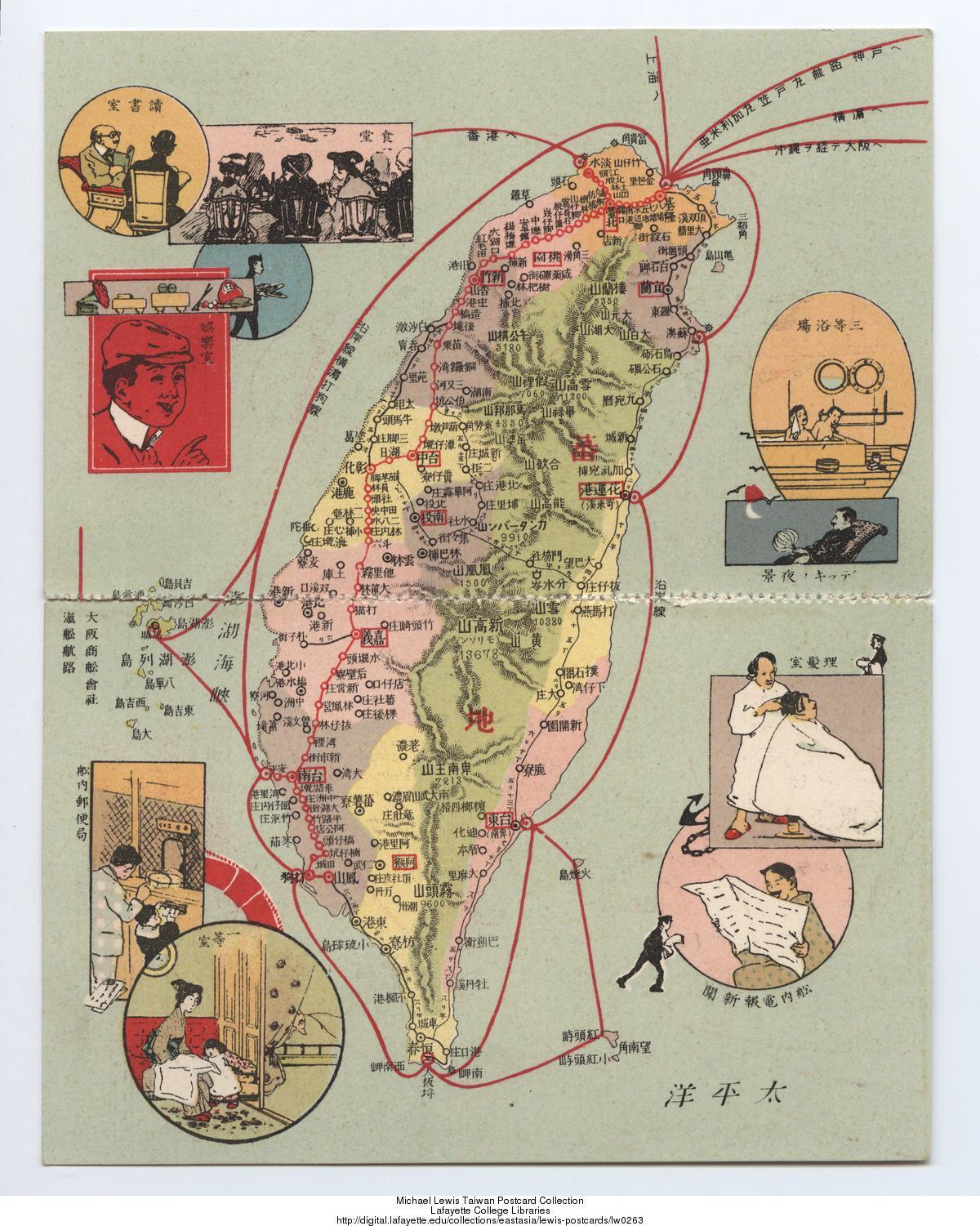 Established in 1884, the Osaka Shosen Kaisha (Osaka Mercantile Co., Ltd.) was a renowned major shipping company in Japan. In the aftermath of the First Sino-Japanese War in 1895, Taiwan was ceded to Japan by the Qing dynasty authority, and Osaka Shosen Kaisha was the first merchant shipping company to arrive in Taiwan preparation for establishing shipping routes. In 1896, it was commanded by the Japanese government to spearhead direct shipping routes between Taiwan and Japan, making a significant impact on modern maritime transportation in Taiwan.

During that era, the Osaka Shosen Kaisha had established branches and offices throughout the world, there are 19 branches and offices in Taiwan alone. The first of these were the branches in Keelung and Tamsui. Subsequently, a two-storey brick storefront office was constructed near the Taipei Station at the then Hokumon-cho 7-banchi address. In 1937, the Taipei office was upgraded to a branch, and relocated to a new building at the address at Omote-cho 2-chome 16-banchi as the second-generation Taipei Branch, where the National Center for Photography and Images stands today. This building is the only branch still in existence in Taiwan and was designated as a monument. The Keelung branch was destroyed by air-raid bombs toward the end of the Pacific War. 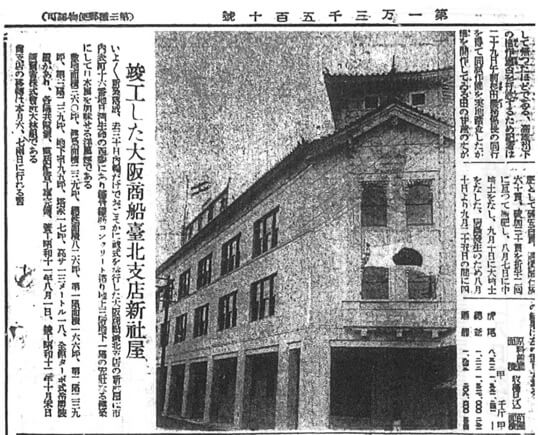